A Simple Mathematical Phenomenon is about to Blind-Side Planet Earth!

"The greatest shortcoming of the human race is our inability to understand the exponential function." - Prof. Al Bartlett

It’s very frustrating to see so many people constantly trying to spin scientific data in a deceitful way in order to add weight to their ill-informed arguments about the calamity now suffocating our planet! The big problem with this argument is that it is peeing away the precious little time we have to recognize and fix our space ship before it blows up! The question is how do you convince a population that has been dumbed down by corporate manipulation of the media, television, newspapers, magazines, religion and the internet to such an extent that it is widely believed by many the earth is a mere 6000 years old! It’s insane to think a religious idea or position such as Intelligent Design is being bandied about as a legitimate alternative to evolution? Why are so many people duped into such an illogical stream of thought? Yes brain washing is part of the problem but I think a major contributor to this form of delusion is the inability or lack of desire to understand the simplest of mathematical and geological time concepts.

Despite what I just said about people being dumbed down, there is one thing that will get people’s attention and initiate action, and that is direct experience or observation with negative changes occurring on planet Earth. Yes this will be painfully obvious as the situation worsens, sea level rise, loss of coastal lands, major flooding and displacement of populations. The bad news is once it gets to this extreme point, it’s over, the tipping point has been reached and the human race is about to be blindsided by one of the most scariest physical phenomenon’s simply and perfectly described by a little equation called exponential growth.

Exponential growth is a predictive equation and describes many natural, economical, and physical behaviors such as population growth, compound interest, nuclear reactions and just about any system feed by an expansion and growth. One of the most common and simplest examples of exponential growth is related to growth rate or doubling time in simple interest problems. In a nut shell $100.00 invested for 10 years will see that money double in 7 years for a 7% growth rate.

“When things get bad, they get bad in a hurry!”

I’m not going to go into details on the mathematics here as it is well explained on the internet and I will link to some very simple and powerful examples. Basically I'm using the late Doctor  Albert Bartlett's presentation on exponential growth using bacteria as an example. The interactive presentation "Understanding Exponential Growth" is found here and I have condensed it somewhat in my presentation. I want to concentrate on the stunning example of bacteria growth and how this example shockingly paints the scenario the human race is about to face.

The truly shocking thing about this example is that once it is recognized it is far too late to act. The bacteria example I’m about to summarize paints the bleak picture in the most simplistic mathematical relationship. Understanding this concept one will realize the cornerstone of Capitalism can never work and will only destroy the financial basis our society is built upon. This is called unlimited expansion or growth and shows that resources and populations need a zero growth rate to be viable.

The link above connects to an interactive web page using bacteria growth as the example. I’m going to attempt to condense this down a little and show how it’s related to Climate Change and the ramifications of continuing on this growth path. If I do a poor job just click the link above and follow the tutorial and you will understand I’m certain.

Bacteria is a well know organism that when healthy multiply in an exponential way. The experiment will follow the behavior of bacteria when a single bacterium is placed in an empty jar at 11am (a random time) and allowed to multiply until the jar is full which will happen after 1 hour or 12 noon.  A bacterium is placed in an empty jar at 11:00. At 11:01 the bacterium grows and splits in two, now there are 2 bacteria.  This process continues and the bacteria in the jar keeps dividing and adding more bacteria to the jar and doubling every 1 minute. Notice at 11:05 there are now 32 bacteria and yet so small a microscope is needed to see them. The bacteria continue doubling every minute for 1 hour until 12 noon when the bottle is full. I'm going to examine the bacteria jar's 1 hour experiment and see the growth state and ramifications of each state. Lets examine the question at what time will the jar be 1/2 full? The jar will be 1/2 full at 11:59, the jar is 1/4 full at 11:58. So when the jar is 1/4 full, only 2 minutes remain until the jar is full. In other words the jar took 58 minutes to reach the 1/4 level and only 2 minutes to be totally full!.

Figure 6 shows the jar's content from 11:54 through 12:00. At 11:45 the bacteria is hardly visible and at 11:30 the bacteria could only be seen with a microscope! Examining figure 1 the actual exponential growth curve we can see the growth of the bacteria tracks what appears to be pretty much straight line behavior until near the very end when it's exponential behavior sky rockets in the very waning seconds of the bacteria's life. The straight line part of this equation and it's not really a straight line tends to fool researchers into thinking it's a straight line problem with predictable values at any given time!  Looking again at figure 6 we can see very little signs of growth say up to 11:54, doubling is shown for the last few minutes in this example. When things get bad, they get bad in a hurry!.......no doubt!

What Time is It?
The more we know about a growth system the more we can predict it's behavior. Looking at planet earth in relationship to climate change numerous undefined systems are working together in an interconnected way. Down at the Waddell Sea in the southern ocean the frozen ocean expels salt into a brine. This brine formed at 1 trillium gallons per hour is the backbone of earth's ocean currents. The currents in turn make the weather all over the globe. Consider this an interconnected living organism all working together as a single unit. It has to be understood in it's entirety and cannot be accurately divided into the individual components. This is a common mistake when people try to isolate weather phenomenon such as snow fall in Buffalo and wonder how can the earth be warming when it's so damn cold in Buffalo?   Perhaps if they examined further they may see the connection between the snow in Buffalo and the extreme drought in much of California.  It's all the signature of a distressed system.


Let's take a look at possible solutions and their likely outcomes. Being an engineer myself I've come to understand that given enough money, resources and time just about any concept, no matter how outrageous can probably be completed. Some amazing projects come to mind like the Millau Viaduct in France, the CERN Large Hadron Collider in Geneva which is 27 Km in circumference, and the Kansai international airport in Japan and the salvaging of the luxury line the Costa Concordia. So I guess it's no wonder that some so called Geo Engineers think they can solve the problem by outrageous schemes such as Russ George an American businessman illegally dumped 100 tons of iron sulphate into the Pacific Ocean off of British Columbia in 2012. The result was the formation of a 10000 square kilometer artificial plankton bloom visible from satellite as high concentrations of chlorophyll in an attempt to lower CO2 content in the atmosphere! Here is a novel idea, let's fix what we broke and return the planet back to as close as we can to it's natural state.

Let's continue with the bacteria example and take a look of possible actions to mitigate or change the outcome. In a situation like the bacteria or population growth the obvious solution seems easily obtained by adding more space or more empty jars in the bacteria case.  So let's add 3 more totally empty jars to the mix now we have 4 times the space we originally had. Well here we go, let's do the math. At 12;01 our original jar doubles and whoa we had to fill another jar! So we still have 2 empty jars to play with but once again doubling gives us 1 more minute of time until all 4 jars are full!

What's this look like for world population, our population had doubled twice in the last 100 years. If population growth is 1.3 % we can calculate there would be 1 person per square meter in 780 years and in 2400 years the mass of people on earth will equal the mass of earth! Fortunately the worlds population growth has been shrinking and currently the growth rate is about 1.19%. It should be noted that any growth rate greater than zero will produce the same results eventually.

I presented this exercise because I think it's a very simple and dramatic demonstration of the exponential or doubling concept. I present this as an alternative way at looking at Climate Change from the perspective and nonlinear equations as opposed to linear equations. Considering all the complex systems working within our planet such as greenhouse gases, ocean currents, weather patterns, temperature changes, ocean and atmospheric compositional health, species distribution and over-all species health is there an unchecked growth pattern baring down on us right now. Consider the measured CO2 in the atmosphere currently at 400 ppm (parts per million). In 1958 it was 315 ppm. During the ice age CO2 concentrations ranged between 180-280 ppm. So with respect to CO2 or ocean acidification or any other complex system what does this mean? I have no clue and I think a lot of people are in the same boat. We don't understand the systems we are tinkering with and more importantly we don't know what time it is????

Climate Change is a Subset of Global Destruction

The debate on climate change, its legitimacy, whom is responsible, and the science behind it all can easily be brought to a conclusion. No... 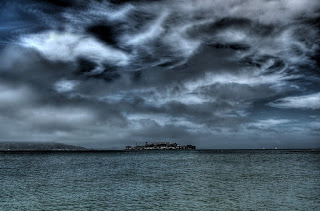 Welcome to the Wildbayarea Photography Blog. Please check out my web page where you can view and order many of my most popular Photographs. 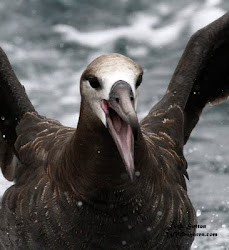